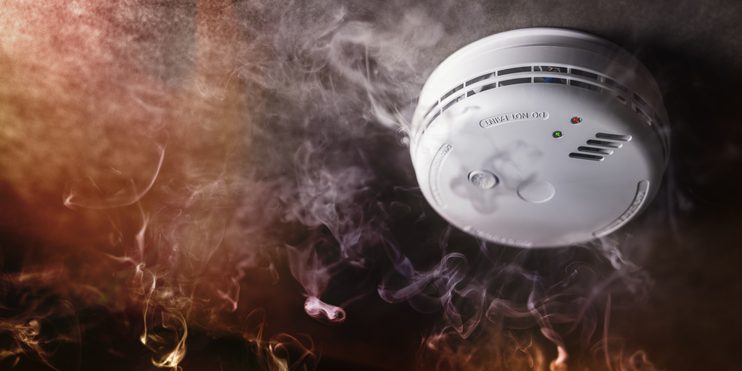 According to statistics from the National Fire Protection Association (NFPA), there are more than 350,000 home fires each year in the U.S., leading to more than 2,600 deaths. Fires can be started in a number of ways, but they generally fall into one of two categories: fires caused by heat igniting combustible materials, and those caused by chemical reactions.

Your home is full of objects and materials that can combust under the right conditions. Some of the common causes of house fires are familiar to everyone, while others may surprise you. Identifying and lowering these risks help you lower your chance of house fire, keeping your family and property safer.

Cooking fires are among the most common types of house fires, causing around 49 percent of all residential fires. They are very often caused by grease that becomes overheated on a stove or in an oven. Grease is highly flammable when it gets hot enough (about 600 degrees Fahrenheit, on average), and when it reaches that point, it can combust spontaneously, even without direct flame contact. Once grease is ignited, it is very difficult to smother the flames.

Small grease fires can be extinguished quickly by turning off the heat and smothering the fire with a metal lid. Sprinkling baking soda or salt on the fire will also put it out, as well. A class-B or class-K fire extinguisher is also recommended, although the chemicals can create a notable cleanup issue. With serious fires, make no attempt to put out the fire. Instead, call the fire department immediately. Under no circumstances should you dump water over the grease fire, as this can cause the hot grease to explode and throw burning grease over the area.

Home space heaters and baseboard heaters can cause fire when fabrics and other combustibles are left too close to them. Heating and cooling appliances of various types are the second leading cause of residential fires, responsible for over 12 percent of all home fires. According to the Consumer Products Safety Commission (CPSC), some 25,000 home fires caused more than 300 deaths in the U.S. each year (2104 to 2016) as a result of space heaters.

Heaters that require fuel such as kerosene are especially dangerous, as they can ignite or blow up if not properly watched. Electrical heaters can cause fires if the electrical wiring is faulty, or if draperies or other fabrics overheat when they come in contact with the coils.

Never leave the house with a heater running. Space heaters almost always have instructions warning against unsupervised use, but thousands of house fires each year can be attributed to such appliances left running when homeowners are absent. Make sure flammable materials are kept well away from space heaters.

Various types of electrical faults in home wiring cause about 51,000 fires each year, accounting for nearly 500 deaths, 1,400 injuries, and about $1.3 billion in property damage. Most typically, electric fires occur because of short circuits or loose connections causing arcing (sparking) that ignites building materials, or from circuits that are overloaded with current, causing wires to overheat.

Properly installed electrical systems are very safe, with a number of built-in protective features, but old, faulty wiring systems can be susceptible to short circuits and overloading. It’s a good idea to have your wiring checked out by a professional electrician, especially if you live in an older home. And don’t perform your own electrical repairs or improvements unless you understand the principles of electricity and have experience doing such work.

Fires from cigarettes and smoking materials cause nearly 600 deaths and over 1,100 injuries each year in the U.S., according to the National Fire Protection Association. While cigarettes and other smoking materials account for only about 5 percent of home fires, these are particularly deadly fires, responsible for about 23 percent of all fire deaths—the single most common cause. This is likely because these fires often ignite when a resident falls asleep.

Smoking in bed is especially dangerous and should always be avoided at all costs. All it takes is a single stray ash to ignite a mattress, blanket, carpet, or piece of clothing. If you must smoke, do it outside whenever possible, or smoke over a sink while using an ashtray to help reduce your fire risk.

The National Fire Protection Association says that between 2014 and 2018, candles caused an estimated average of just over 7,600 fires, with an average of 81 deaths and 677 injuries for each of those years. The matches and lighters used to light candles are equally dangerous if left in a place where children can reach them. Keep matches and lighters locked in a secure place if you have kids, and never leave a candle burning in a room that is unattended.

Although fires caused by chemical reactions are more common in industrial/commercial locations, they are also a common cause of home fires. Residential chemical fires occur most commonly when volatile vapors from gasoline and other petroleum liquids reach a flash-point temperature or when the fumes contact a source of open flame. Another common type of chemical fire is spontaneous combustion—the reaction of chemicals combining with oxygen in the air to produce enough heat to reach a flashpoint and ignite in flame.

Store all fuels and other chemicals in their proper containers and keep them in locations that are protected from heat. A common source of this kind of fire is the gasoline or other fuel used to power lawn equipment. If possible, store paint thinners, mineral spirits, and other flammable liquids in a fireproof cabinet is a location well separated from living spaces. Make sure individual containers are kept tightly sealed. 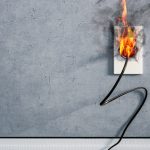 How to Prevent Electrical Fires

What to Do If Your House Floods How to Prevent Mold in Your Home